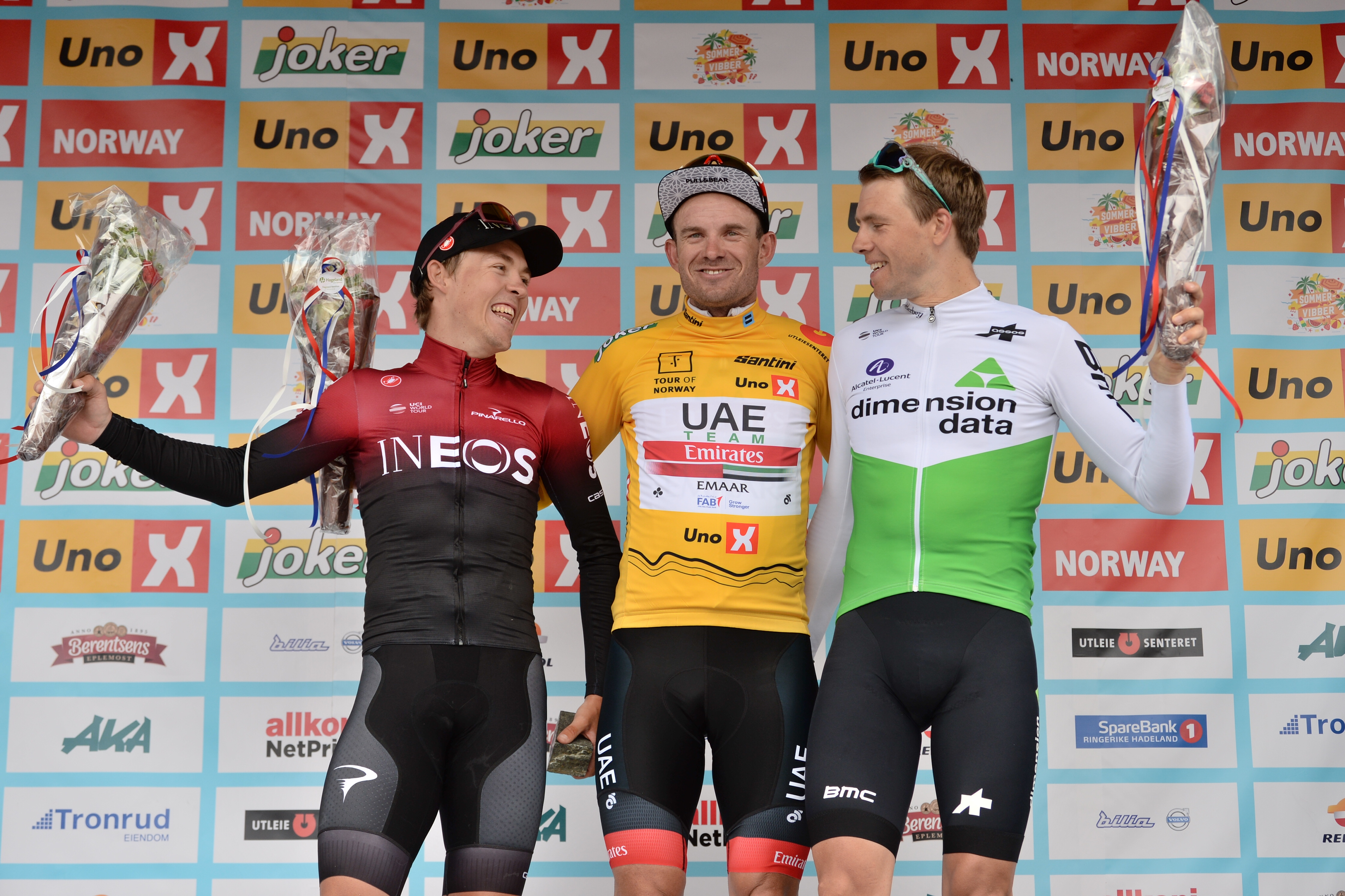 The stage for Halvorsen, the overall win for Kristoff!

At the end of a beautiful stage with many attacks in the final kilometers, Kristoffer Halvorsen took the win for a few millimeters in front of Cees Bol and Alexander Kristoff. With this 3rd place, Kristoff saves his Uno X Yellow jersey and wins Tour of Norway 2019!

A few kilometers after the start in Gran, 4 riders managed to escape from the peloton. The riders in the breakaway were Maarten Wynants of Team Jumbo-Visma, Elmar Reinders of Roompot – Charles, Jonas Abrahamsen of Uno-X Norwegian Development Team and Louis Bendixen of Team Coop. After 40 minutes of racing, Remco Evenepoel of Deceuninck - Quick-Step and Carl Fredrik Hagen of Lotto Soudal decided to counter attack and managed to join the breakaway before the first climb of the day at Bleiken Stasjon.

On top of the climb, Elmar Reinders crossed the line first in order to keep his Sommervibber Polka dot jersey. The gap between the breakaway and the peloton stabilized at around 3’15” for the following 40 kilometers before starting to decrease in the last 70 kilometers. Louis Bendixen was the first one to get dropped from the breakaway with 40 kilometers to go. The peloton eventually caught the rest of the group 15km before the finish line.

From that moment on, riders started to attack. The first ones were Marc Hirshi and Bjorg Lambrecht followed 3 kilometers later by Tim Wellens who reached the final climb first in front of Hirshi. The two riders went all out in the descent but got caught with 6 kilometers to go. Edvald Boasson Hagen tried as well but the pack ate him up under the Flamme Rouge. We were then heading to a bunch sprint and it is Kristoffer Halvorsen who managed to take the win in front of 2 former stage winners of this edition: Cees Bol and Alexander Kristoff. We thus had 6 different winners from 6 different Worl Tour teams, one for each stage.

Kristoff wins the 2019 edition in front of the stage winner Kristoffer Halvorsen and Edvald Boasson Hagen who won in Kristiansand earlier this week.

See you next year! 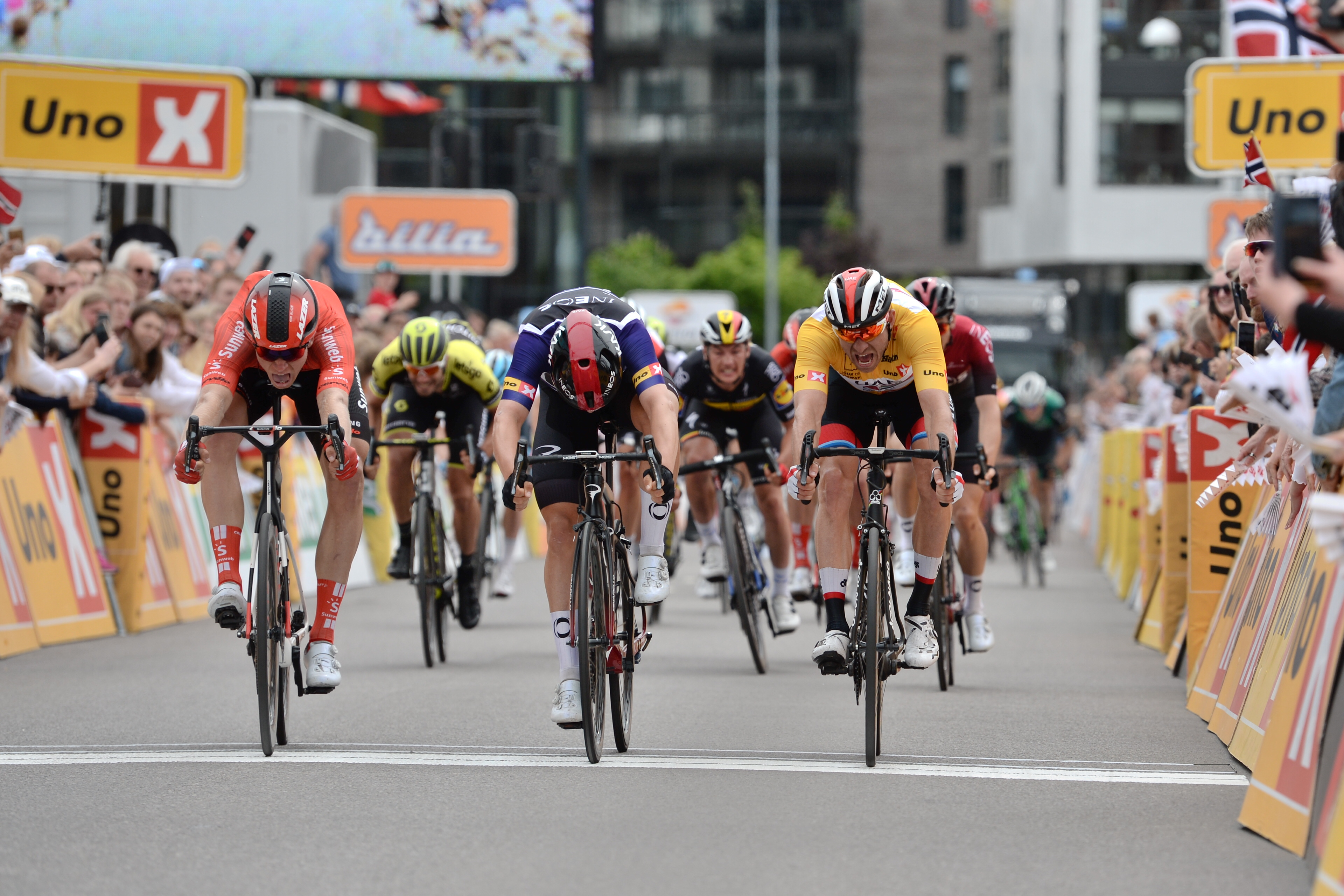