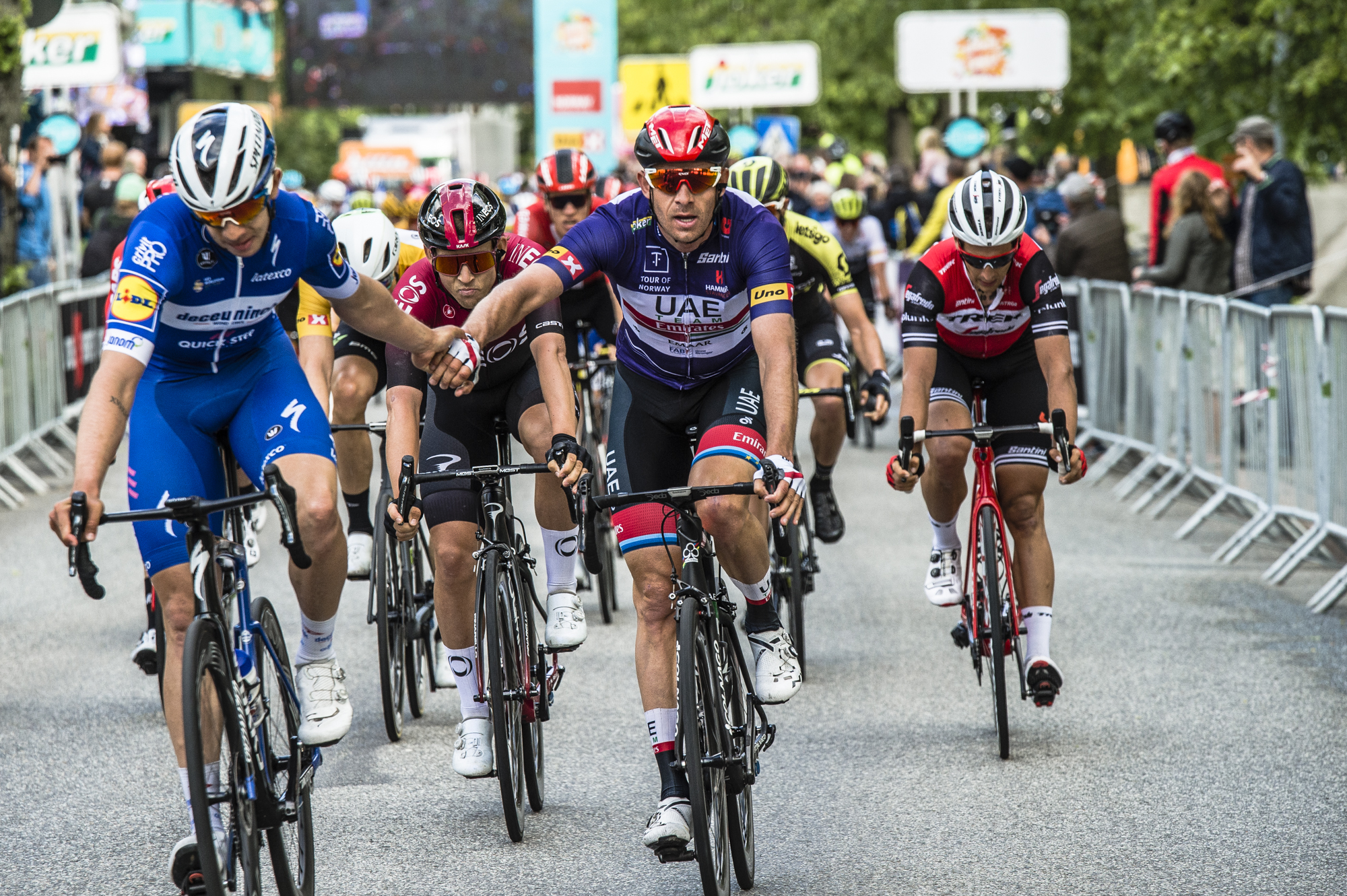 How the 2019 points jersey was won: consistency is key

Often referred as the sprinter’s jersey, the Hammer Stavanger points jersey rewards the most consistent rider in stage rankings. Cees Bol and Kristoffer Halvorsen, which have won a stage each, both wore it, but Alexander Kristoff managed to take it from them and keep the jersey until the end. Let’s see how!

Based on points and not on time, the Hammer Stavanger points jersey competition is taking into account the position of the riders when they cross intermediate sprints and the finish line. The three first riders at each intermediate sprint are awarded 3, 2 and 1 point. The main reward is however given out on the finish line where the first fifteen riders to complete a stage are receiving points going from 15 to 1.

A different jersey holder for each of the 3 first stages

Two intermediate sprints were on the route of the first stage. Fridtjof Røinås, who was in the breakaway, was the fastest on both. He could have claimed the jersey if the breakaway made it, but the peloton caught him with ten kilometers to go. The stage winner was thus going to be the one taking the jersey. Cees Bol won the stage and was the first rider of the 2019 edition to don the Hammer Stavanger points jersey.

The next day, in the 7-men breakaway only Elmar Reinders had points from the first stage. He didn’t seem interested in getting more though as he didn’t fight in the two intermediate sprints along the way. The final sprint would thus decide once again who would get to wear the jersey. Álvaro Hodeg won the stage but Kristoffer Halvorsen, 2nd on the line became the points classification leader. Cees Bol finishing only 8th had to hand the points jersey to the young Norwegian. At this point of the race both Kristoffer Halvorsen and Alexander Kristoff were in reality on top of the points classification with 25 points each. Yet, Halvorsen was the points jersey holder as he was better ranked than Kristoff in the general classification by time.

The third race day saw the triumph of Edvald Boasson Hagen in Kristiansand taking the stage victory and the Yellow Jersey. Eddy the Boss couldn’t take all the jerseys for himself nonetheless and the Hammer Stavanger points jersey fell in the hands of another Norwegian: Alexander Kristoff. Crossing the line for the third stage in a row in the Top 5, it was a well-deserved reward for the UAE Team Emirates rider. Kristoffer Halvorsen, 9th of the stage, fell to third place 6 points behind Kristoff.

Once Kristoff took the lead, he never gave it back

The fourth stage saw a breakaway of five riders fight for victory. The battle for the jersey was behind though and Alexander Kristoff was the fastest of the peloton. After four stages, he had a 12-point lead on Cees Bol, his closest contender. The gap grew even more the following day as Kristoff took his first stage win in this 2019 edition, his eighth since 2013. He had a total of 64 points with one stage to go. Cees Bol being out of the Top 10 on that stage, Kristoffer Halvorsen became 2nd of the points classification ranking with 49 points. However, the 15-point gap between the two Norwegian riders seemed to wide to bridge. The last race day confirmed it. The stage victory of Halvorsen wasn’t enough to steal the Hammer Stavanger points jersey from Kristoff who won it for the third time in his career!

About the Hammer Stavanger points jersey: