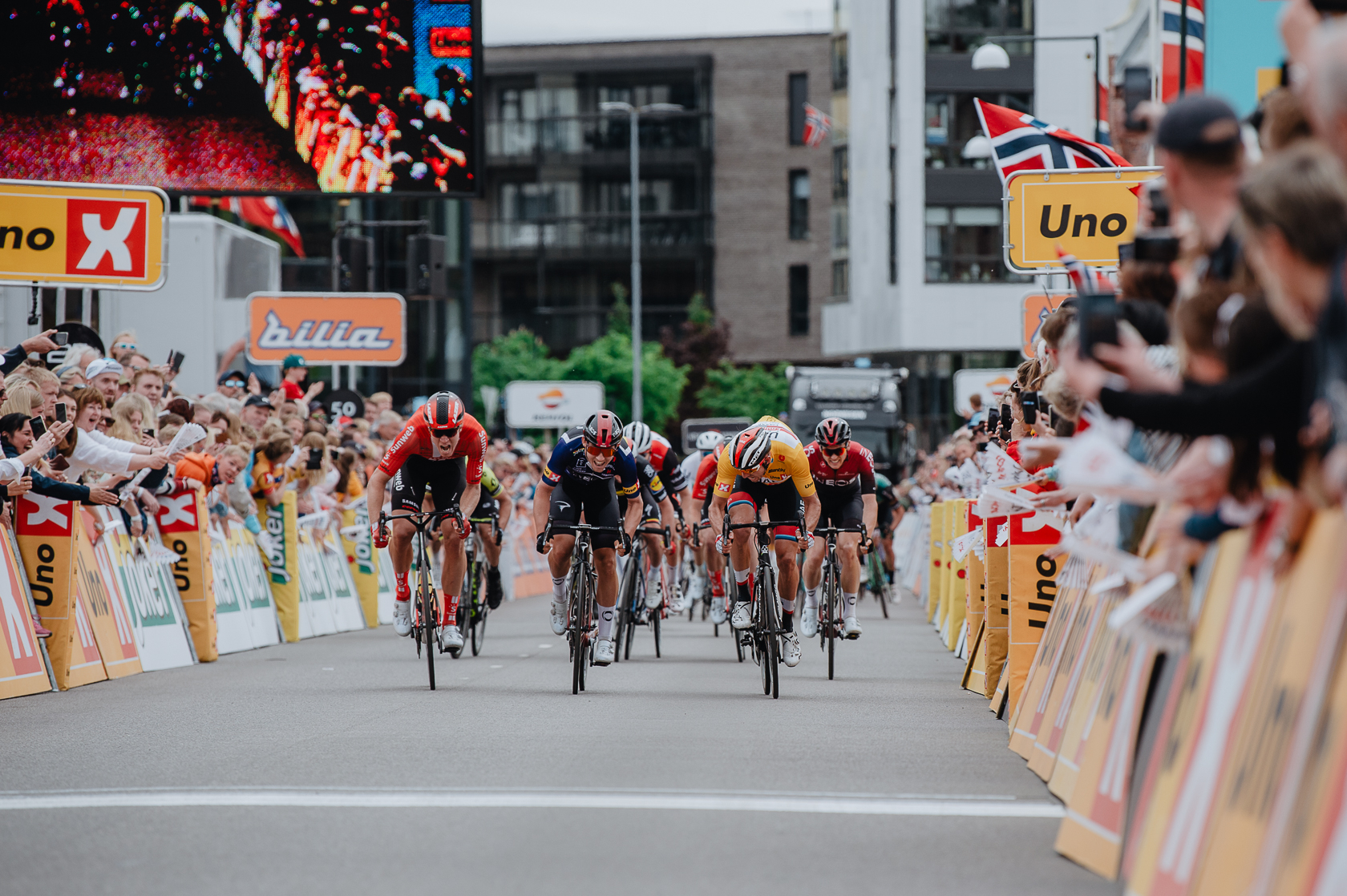 UAE Team Emirates will participate with the GC-winner of Tour of Norway 2019 Alexander Kristoff. He will be racing on home ground and is looking forward to showing off on the roads he spends a lot of time on. “It will be difficult to defend my GC title from the previous edition, since most of the stages has an uphill finish, but the routes look cool and I can’t wait to show off on home ground”, says Kristoff.  He will be accommpanied by his compatriots, Vegard Stake Laengen and Sven Erik Bystrøm. Bystrøm is also on home ground and has a short way home after the finish on the last stage at Mariero in Stavanger. “I like the way the routes look with a bit of mountains and hills every day. Hopefully this will separate the boys from men, and give us all a good fight for the GC», says Bystrøm.

Ineos Grenadiers is a team many people know from the Grand Tours like Giro d´Ítalia and Tour de France. We often see them in front of the peloton, controlling the race, which they also did in Tour of Norway 2019, when they took a stage win and 2nd overall on the GC together with Kristoffer Halvorsen (now Uno-X Pro Team). Sportsdirector Gabriel Rasch is looking forward to showing off what his beautiful homecountry has to offer, to his team. «We will be there with a strong team that can fight for stages and the GC-win. Tour of Norway is an important race for us considering the development of our young riders and their opportunities to fight for their results. In addition to that, we have more than 300 Ineos employees in Norway that cheers for us, so we are excited to be a part of the race», says Rasch.

The Dutch team, Jumbo-Visma with the new Norwegian champion on ITT and road race, Tobias Foss, and the Norwegian sponsor Visma, has shown that they can take on the Norwegian roads very well. Timo Roosen won the stage to Norheimsund at Tour des Fjords in 2017, while Edoardo Affini crushed his the sprinters in Sandefjord at Tour of Norway in 2019. It remains to be seen if the well-known sprinter, Dylan Groenewegen will be on this year’s startline.

The Norwegian-Danish pro-continental team, Uno-X Pro Cycling Team has the winner of the last stage from 2019, Kristoffer Halvorsen, among several local riders such as Martin Urianstad, Erlend Blikra and the Hoelgaard-brothers. One of the riders that is a contender for the GC, is Markus Hoelgaard. «I have watched the releases of the stages, and I think they look good. Especially since it’s on home ground, and the routes fit me well.  I think it’s cool that the race will be on new roads, and it will definitely be a different race from what we’ve seen in earlier editions», says Hoelgaard.

You can’t get more on home ground than the Norwegian continental team, Team Coop. They are based in Stavanger/Sandnes and have several local riders who knows the roads very well. Sportsdirector Magnus Børresen is looking forward to one of their most important races this season., together with their new U23 Norwegian Champion, Tord Gudmestad and several of his teammates who has been showing off so far this season. “This year’s routes looks spectacular and we hope that we have an advantage spending so much time training on these roads. We are no favorites in this peloton, but we will be prepared and fight for the results”, says Børresen.