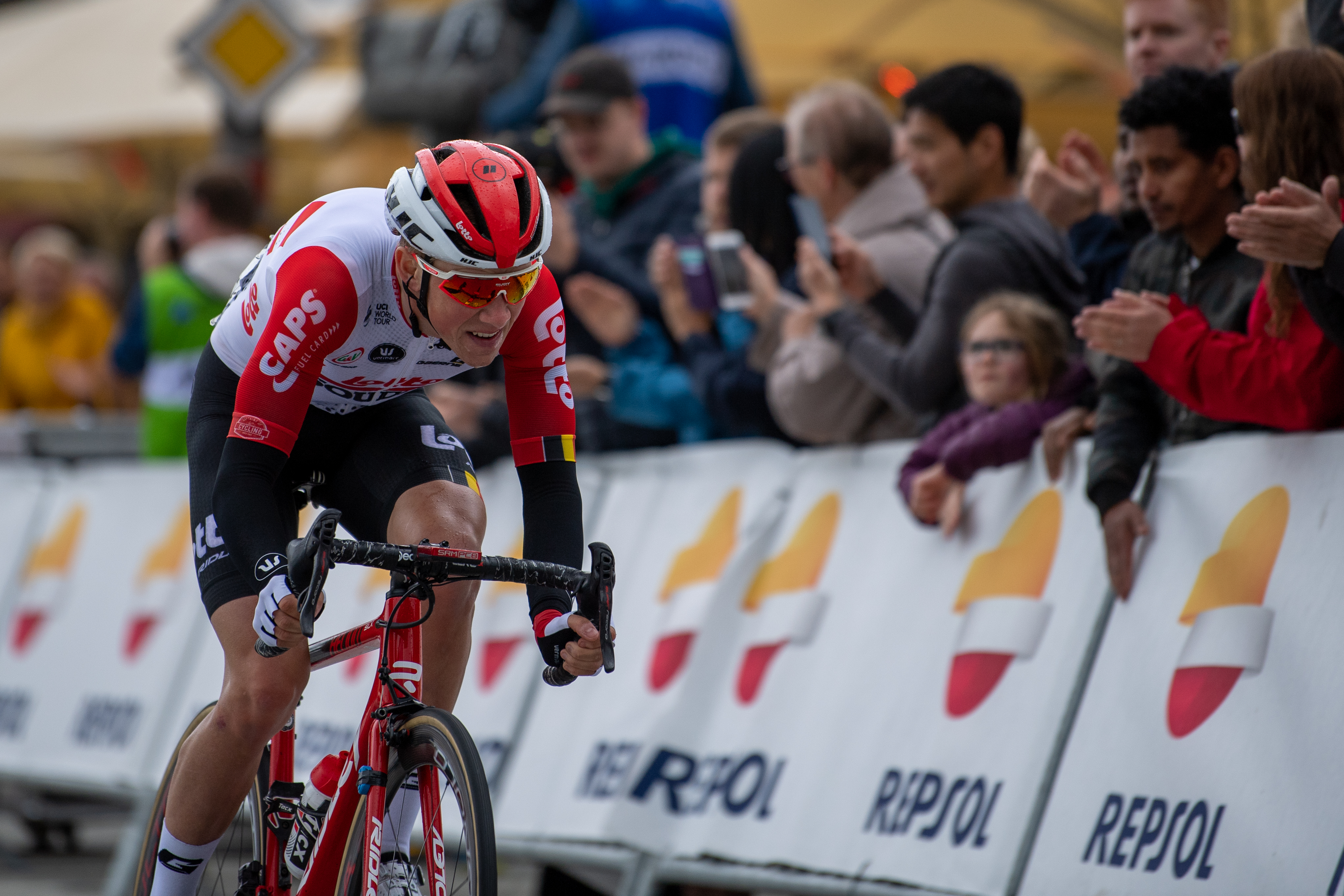 See more of the teams racing in august

The American-based team, Trek-Segafredo has riders from over 10 different nations, among them the former World Champion and winner of Kuurne-Brussel-Kuurne, Mads Pedersen, and the winner of Milano-San Rema, Jasper Stuyven. They also won «Tour des Alpes Maritime et du Var» in France with Gianluca Brambilla at the beginning of the season. We can’t wait to see how they will attack the Norwegian hills in Ryfylket.

The Belgian team Lotto Soudal is ready for another visit in Norway. The team have had a really good start to the season with a GC win in “Etoile de Besseges” with Tim Wellens, and several stagewins at the “UAE Tour” and “Giro d´Italia with their sprinter, Caleb Ewan. It remains to be seen which riders the team will bring, to put their mark on this year’s Tour of Norway.

The German team BORA-hansgrohe is returning to Norway after a visit in 2016. We have seen them beat their competitors several times, reminiscing Hammer Stavanger where Sam Bennett (now Deceuninck-Quick-Step) flew up Grisabakken. With riders like Peter Sagan, Pascal Ackermann and Nils Politt, whereas Politt and some of his other teammates has experience from Tour des Fjords and Hammer Stavanger, we’re looking forward to seeing them rule the Norwegian roads.

The winners of Giro d´Italia 2017, Team DSM fronted with Andreas Leknessund, are ready to show off again. The team has former stagewinners such as Asbjørn KraghAndersen (Tour des Fjords 2016), and Cees Bol who flew over the finishline in Egersundat Tour of Norway in 2019. In other words; they should be well prepared for this year´s edition of Tour of Norway.

A team that has been a part of Tour des Fjords and Tour of Norway for a number of years,and knows the Norwegian roads well, is the Belgian team Sport Vlaanderen – Baloise. The Pro-Continental team has a stage win and a 2nd overall GC from Tour des Fjordswith Dries van Gestel (now Team Total Direct Energie). We can’t wait to see them again this year, and look forward to seeing how well they’re remembering the roads of Rogaland.

The winner of 2015, Jesper Hansen is returning to Norway together with his teammates from Riwal Cycling Team. Elmar Reinders won the poladot jersey in 2019, and the team is fit for fight again. «Tour of Norway is without a doubt the biggest and most important race for us this year, with so many World Tour-teams on the start line. It is a very important race for us, in our battle getting back as a Pro Team, and the goal is the GC together with Jesper Hansen. We have started our preparations for the race, and we are looking forward to being a part of this amazing race once again», says sports directorMichael Skelde.

Another Danish continental team that will be joining Riwal Cycling Team in Norway, is ColoQuick Cycling. The team with the Norwegian tempo-specialist Stein-Erik Eriksen, is familiar with the Norwegian roads from former participation in Tour des Fjords, and is looking forward to come back and prove that they know how to race in the hills.