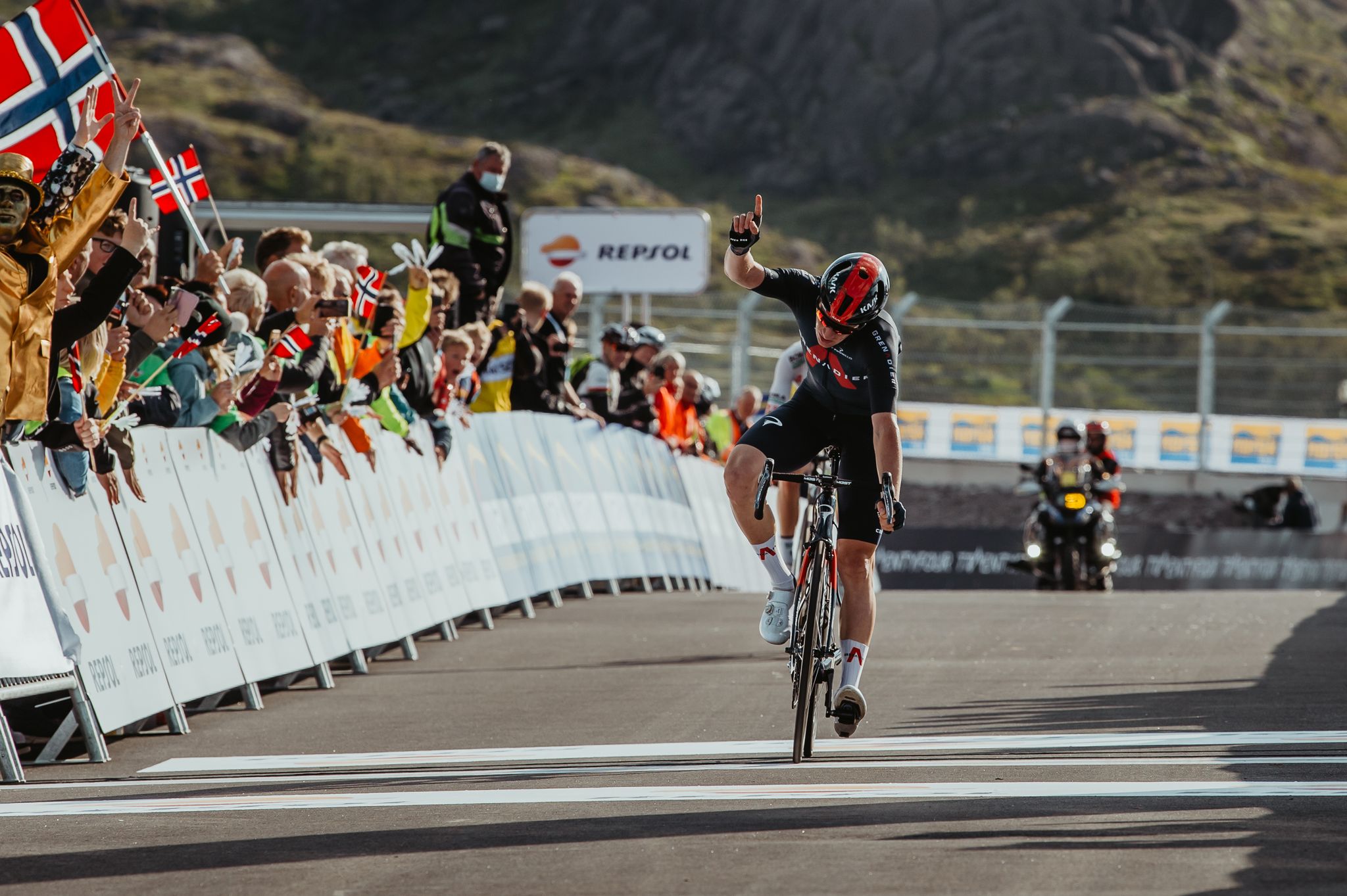 Ethan Hayter (Ineos-Grenadiers) got the better of Ide Schelling (Bora-Hansgrohe) to win in a two man sprint on the summit of Kroheia.

After the riders left Egersund, it was four riders that established the breakaway. Julian Mertens (Sport Vlaandern Baloise), Anthon Charmig (Uno-X), Frederik Irgens (BHS - PL Beton Bornholm) and Nícolas Sessler (Global 6) were the lucky ones to be in the front.

The first intermediate sprint in Moi was after 54.3 km, and it was Mertens that won the first three points in the points classification. Sessler got two points, and Charmig took the last point up for grabs.

At the second category climb Jøssingfjord, Mertens and Charmig established a gap to their breakaway companions. Charmig was the strongest and took the six points. Chris Harper (Jumbo-Visma) set the tempo in the peloton, and was about to split the peloton in to several groups . For a while it was only 14 riders left in the favourites group, but it got all toghether quickly. On the way to Hauge i Dalane Jumbo-Visma and Trek-Segafredo worked together to set a high tempo. The second intermediate sprint was won by Charmig.

The breakaway duo got their advantage reduced to a minute with 24 kilometer to go. It was going to be difficult.  With 15 kilometers left they were caught. At the foot of the climb to the finish, Mads Pedersen with Julien Bernard and Mathias Skjelmose was the riders in the front. George Bennett (Jumbo-Visma) were the first to attack. Ide Schelling (Bora-Hansgrohe) attacked later in the climb and Ethan Hayter (Ineos-Grenadiers) were the only one able to follow. In the sprint Hayter was the fastest, and won the first stage!