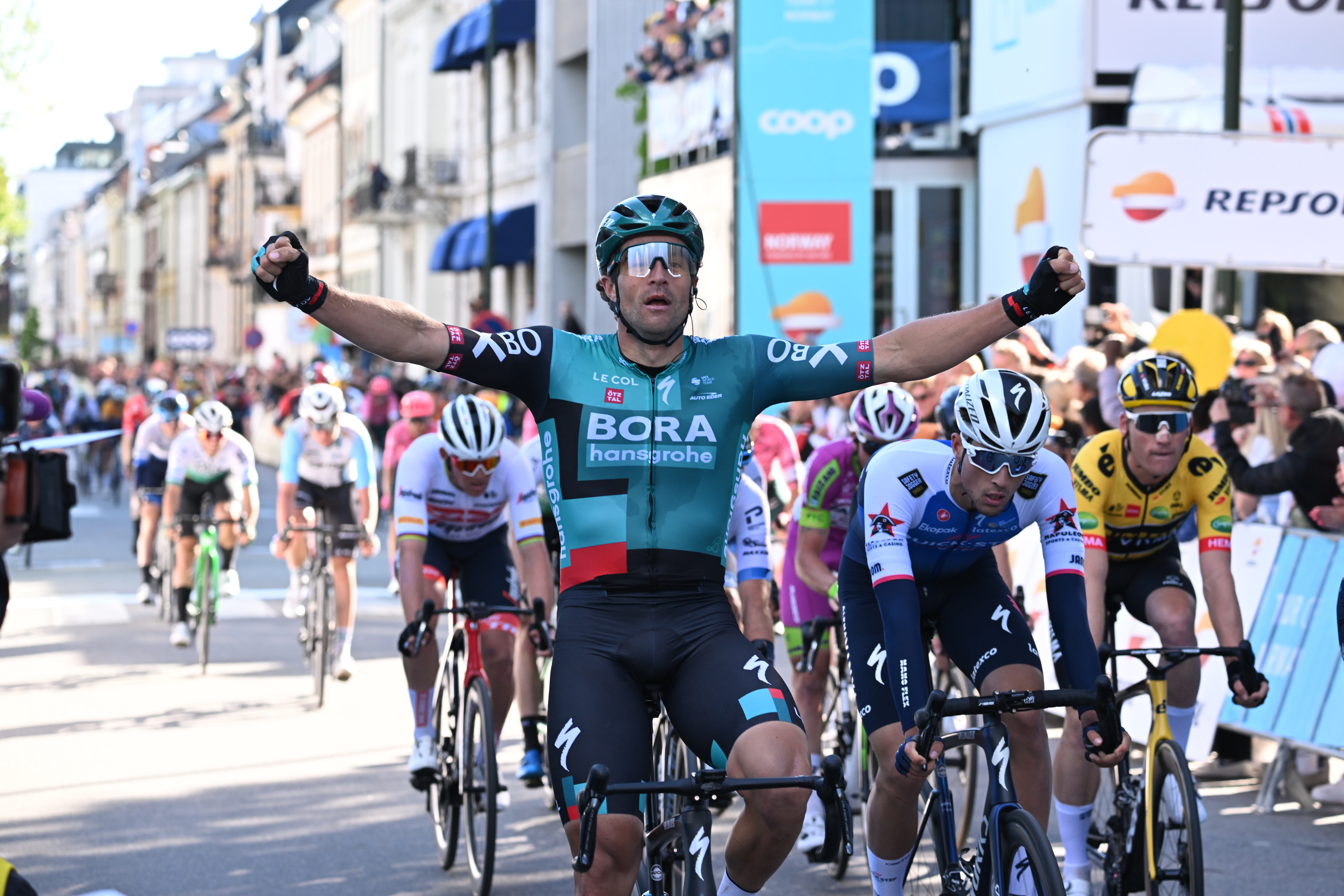 Hovden was the start city of the longest stage at this year's Tour of Norway.

After some hectic days, Stage 4 seemed to be a great opportunity for the sprinters. Trek Segafredo and Intermarché Wanty Gobert took charge in the peloton for their sprinters, Mads Pedersen and Alexander Kristoff.

Joel Nicolau (Caja Rural Seguros RGA) was in the breakaway to chase point for the K.O.M. classification. The Spaniard was clearly frustrated, when Andre Drege (Team Coop) and Lucas Eriksson (Riwal Cycling) beat him in the K.O.M. sprint at Klomra.

Quick-Step Alpha Vinyl team took charge, when the peloton entered Kristiansand. Kamiel Bonneu (Sport Vlaanderen - Baloise) was the only remaining riders in front, when the riders went into the final lap. He got caught short after, why Uno-X Pro Cycling moved to the front to setup an attack for Tobias Halland Johannessen. The Uno-X Pro Cycling rider made an attack on the final climb, but the pace wasn't high enough to drop the sprinters. Nathan Van Hooydonck (Team Jumbo-Visma) made an attack on the downhill section and managed to hold on until the final 500 meters.