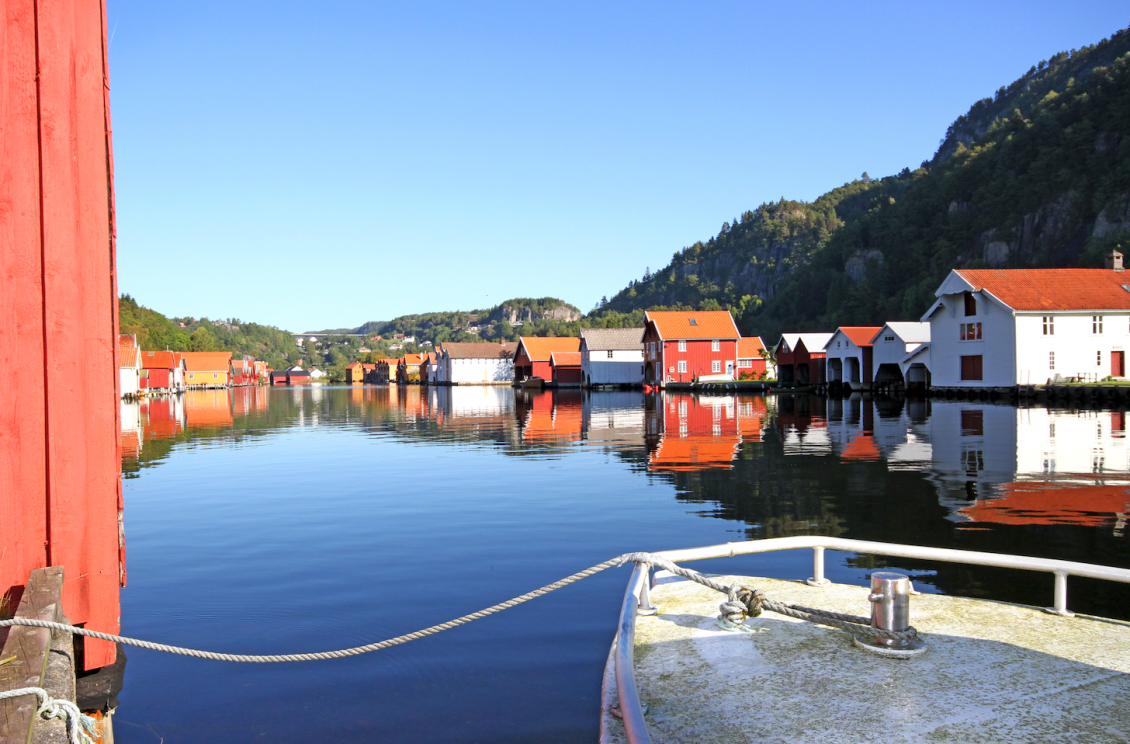 In between Kristiansand and Stavanger lies Kvinesdal, the village has over 6000 residents and more with U.S citizenship than any other place in Norway. In addition to a strong bond with the U.S., the nature in Kvinesdal is a reason why many visit us. The Feda Fjord and valley that stretches from the ocean to the high mountains is a characteristic landmark. The municipality administrative center is called Liknes. This is where the two rivers Kvina and Litleåna meet and then run into the Feda Fjord.

North of Kvinesdal you will find the now closed Knaben Mining Community. Molybdenum was mined from 1885 to 1973. Molybdenum is used as a steel alloy in weapon production. During WWII over 1000 German soldiers guarded the plant. The allies conducted bombing raids on Knaben, but never succeeded in stopping the production. Today it is a tourist destination with plenty of snow in the winter. Here you will also find Knaben camp school where students from all of South Norway can take class trips.

Sarons Dal situated along Litleåna in Kvinesdal is the main center for Troens Bevis Verdens Evangelisering Foundation (Evidence of Faith World Evangelism), which is a missionary organization founded by the evangelist Arild Edvardsen. Sarons Dal has a Bible School, a waterpark, camping cabins, and a meeting hall with room for over 4000 people. The Center manages 1000 missionaries in many countries and 24 hours a day they send Christian TV programs to viewers all over the world.

Many of the residents have a distinctive character influenced by close relations with the U.S.. You can see it in the architectural style, Christmas decorations, car park as well as you can hear it in their speech. The trunk of a car is called “Bagasjerommet” in Norwegain, here they call it “Trunken”. Boys names like Andy, Stanley and Steven as well as girls names like Alice, Cindy, Gladys and Sherley are more common in Kvinesdal than in the rest of Norway. 10% of Kvinesdal inhabitants have U.S. Citizenship, and in honor of the people hwo traveled to the United States, Kvinesdal hosts the “Utvandrerfestival” (Emigrants Festival).

Utsikten is a well-known landmark on the former South Norwegian Highway. Utsikten Hotel, Utsikten Culture Centre and Utsikten Golf Park (which in 2007 was named “The Norwegian golf Pearl” by VG) are there.

Known for close relations with the Netherlands the 15-16 hundreds, wood from Feda area was sent to the Netherlands. Today it hosts Norways longest submerges cable between Eemshaven in the Netherlands and Feda in Kvinesdal, established spring 2007.