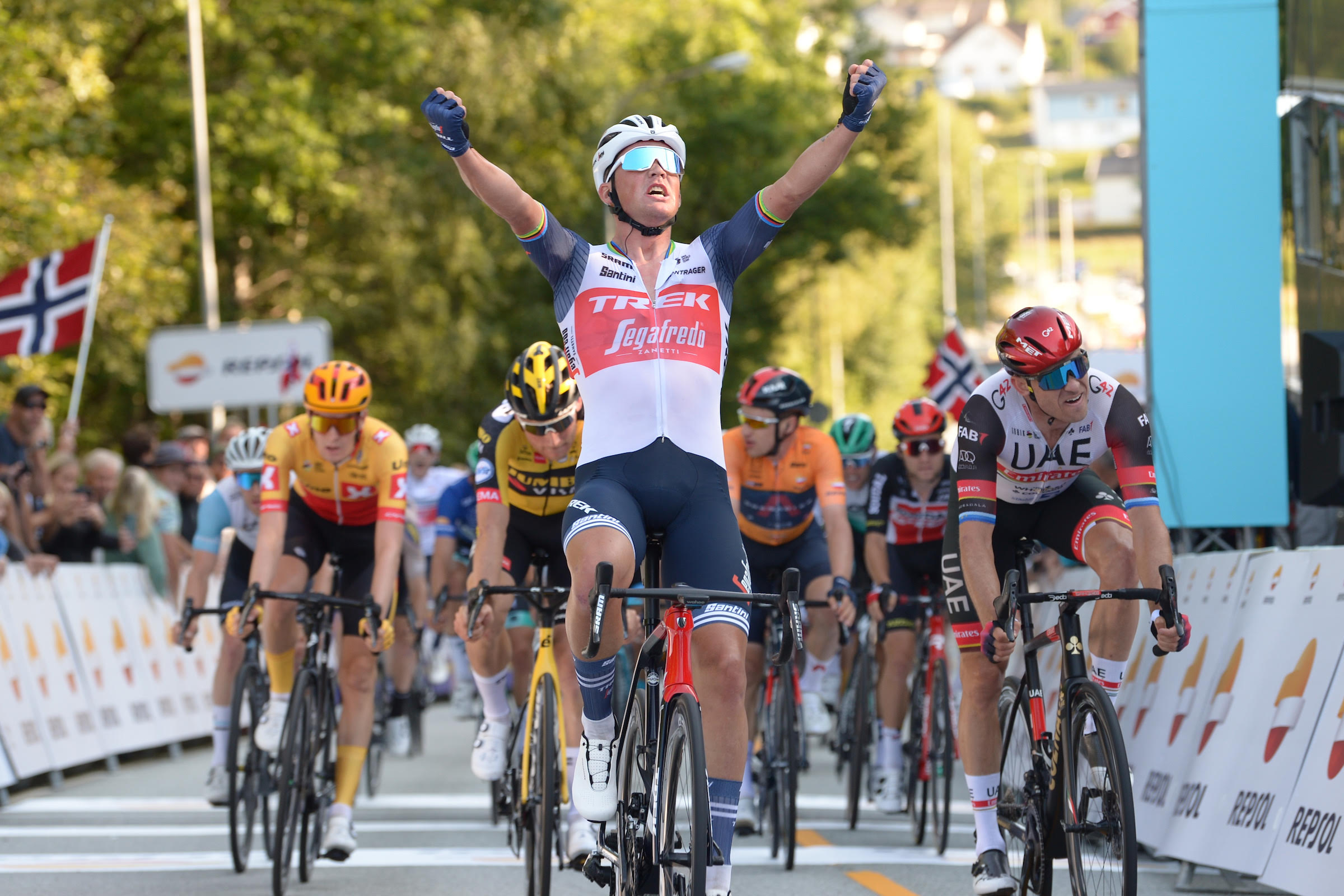 On the 2. category climb to Hjelmeland, Charmig got the maximum points. Now it is just about getting to the finish for him, as no one can catch his lead in the competition.

Bora-hangrohe and Jumbo Visma later tried to shake it up, and put Ethan Hayter under pressure. Both Nils Politt and Jonas Vingegaard tried to attack the race leader, and at moments Hayter tried to follow the efforts himself. No attacks managed to succeed, but the peloton got down to about 30 riders. Vingegaard tried his luck once again on the Heggheim climb, this time with team mate George Bennett. For once Charmig wasn´t too keen to get the points, and it was Rahbek with the maximum points on the climb of 1.6km with 8.3%. The pace was hard for Alexander Kristoff, and he lost the gap to to the main field, but Vegard Stake Laengen helped him to get back on with an effort over some kilometers.

No battle for the the bonus seconds at the intermediate sprint in Tau. Fouché got it, in front of Grignard. With 27 km to go Markus Hoelgaard tried his luck, and with the acceleration todays breakaway was history.

20.5 kilometers to go, Mads Pedersen attacked, and got a good gap to the rest of the competition. The lead was hovering at around eleven seconds for a while, but extended his lead to 20 seconds with 15 kilometers. Two kilometers more and the gap to the dane got up to half a minute. Tobias Foss took charge of the peloton, and the gap quickly got down from the maximum 35 to 20 seconds, with 10km to go to the finish in Jørpeland. At seven kilometers left, Pedersens gap was fully closed.

Ide Schelling went for glory with 1.4km to go, but it was all going to end in a sprint. On the slightly uphill sprint, Pedersen got the win in front of the local favourite Kristoff!