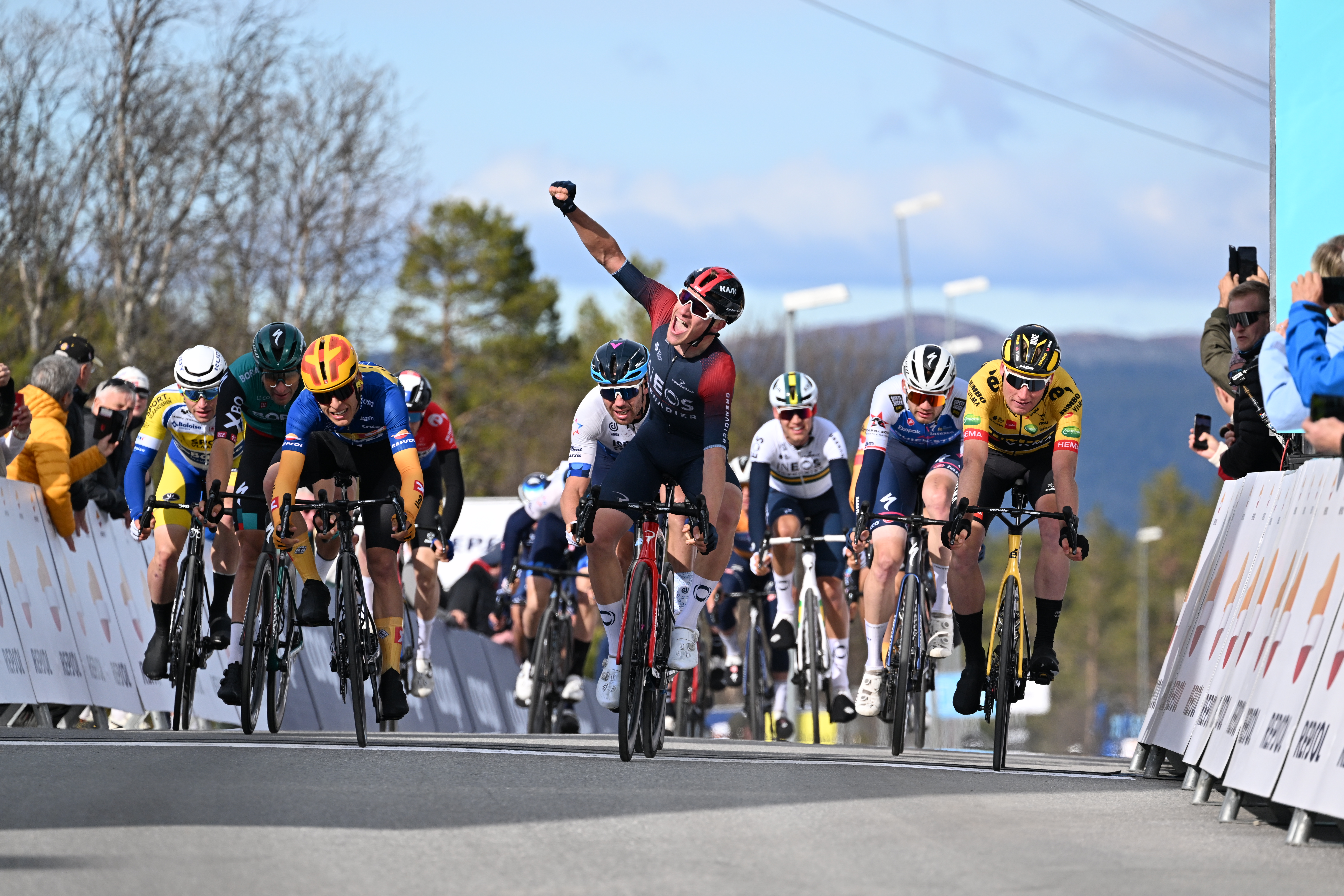 Ethan Hayter (Ineos Grenadiers) wins the second stage of Tour of Norway 2022 after a reduced sprint in Geilo.

Manuele Tarozzi (Bardiani-CSF-Faizanè) made a late attack to join the breakaway, but had to drop back to the peloton.

The first intermediate sprint in Eidfjord was won by Emil Vinjebo (Riwal Cycling) in front of Håkon Aalrust (Team Coop) and Jeppe Pallesen (Team Coloquick). In the peloton, Ineos Grenadiers and Uno-X Pro Cycling took charge to control the gap to the breakaway.

With 84,5 km to go, the riders faced the longest climb in Tour of Norway 2022. At the bottom of the climb, the gap between the peloton and the breakaway was 5 minutes.

Most riders thought it would be a bunch sprint in Geilo, but Ineos Grenadiers wanted something else and set a high pace to drop the sprinters. Several sprinters, including the Norwegian favorite Alexander Kristoff, had to let go of the peloton. With 74 km to go, the breakaway was also caught by the dominating Ineos Grenadiers team.

A main group of less than 30 riders reached the finish together, where Ethan Hayter (Ineos Grenadiers) finished of Ineos Grenadiers dominating performace, and won the sprint in Geilo. Tobias Halland Johannesen (Uno-X Pro Cycling) was second and took the leader jersey. Mike Teunissen (Jumbo-Visma) was third.