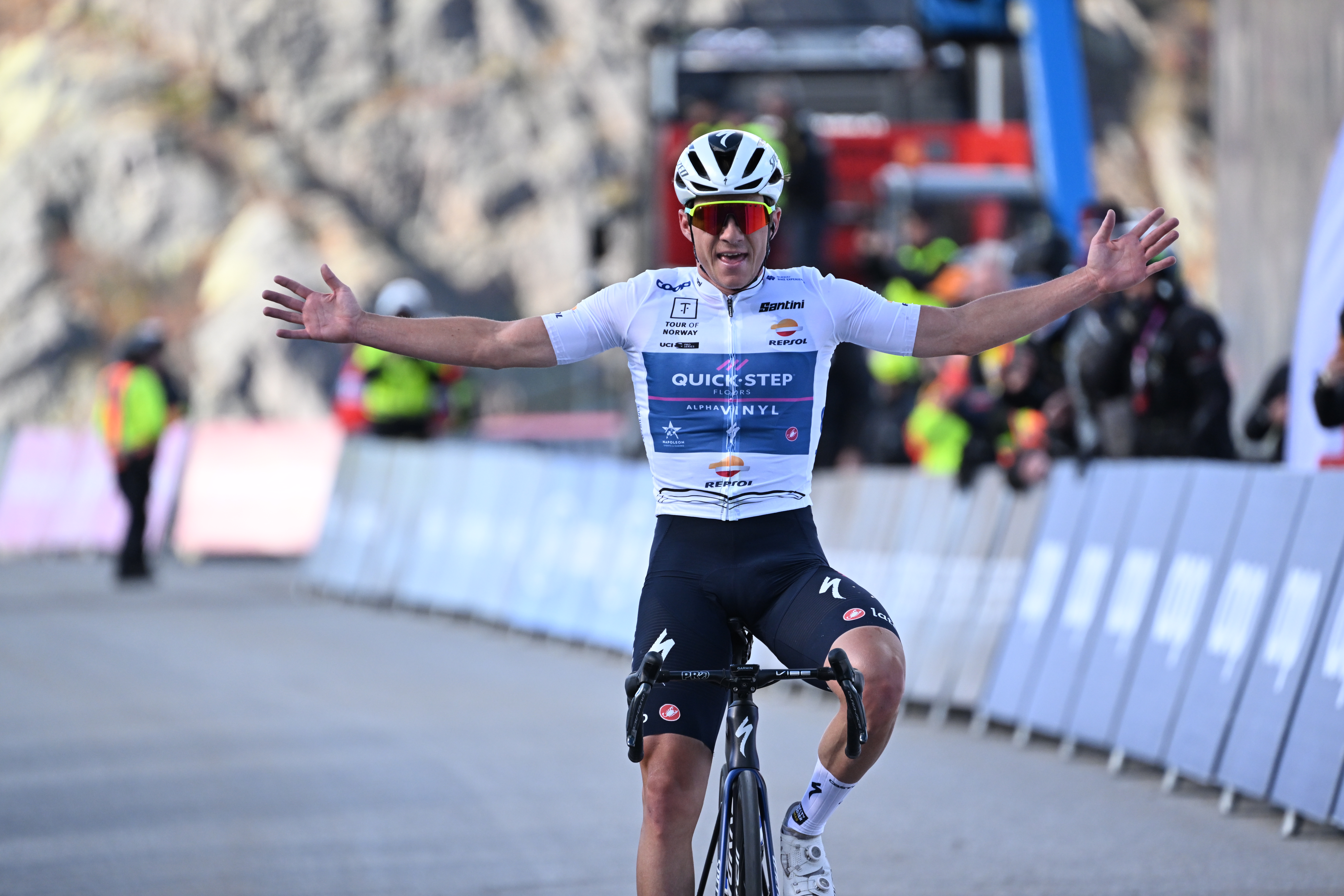 Remco Evenepoel (Quick-Step Alpha Vinyl) wins the queen stage of Tour of Norway 2022 after a strong solo attack on the final kilometers to Gaustatoppen.

The Queen stage at this years Tour of Norway, didn't disappoint us.

Filippo Fiorelli (Bardiani-CSF-Faizanè) crossed the line first at the intermediate sprint in Geilo. Behind him was Mads Kristensen (Team Coloquick) and Andre Drege (Team Coop).

At the K.O.M. to Høgåsen, Vito Braet (Sport Vlaanderen-Baloise) showed himself as the strongest with Joel Nicolau (Caja Rural-Seguros RGA) and Andre Drege (Team Coop) just after.

At the start of the second categorized climb to Imingfjell, the gap between the front and the peloton was 2:30''.  Joel Nicolau (Caja Rural-Seguros RGA) attacked in the front group and took maximum points at the K.O.M. to Imingfjell. Filippo Fiorelli (Bardiani-CSF-Faizanè) and Mads Kristensen (Team Coloquick) was second and third.

The crosswind hit the riders just after the top at Imingfjell. Ineos Grenadiers was well prepared and split the peloton into pieces for the second day in a row. Most of the favorites for the general classification made it into the front group, where only Esteban Chaves (EF Education-Easypost) was caught behind.

The breakaway was soon caught by the peloton, and with help from his teammates, Esteban Chaves made it back to the front group.

Before the start of the final climb to Gaustatoppe, Michel Hessmann (Jumbo-Visma) went solo and managed to get a got on 1:30''.

EF Education and Uno-X took charge of the pace in the peloton and caught Hessmann at the bottom of the climb.

There was several attacks on the climb, but no one managed to get a significant gap. With 4 km to go, Remco Evenepoel (Quick-step Alpha Vinyl team) set the pace in the front group and soon after he went solo to the top. With an outstanding performance, Evenepoel won his second stage win and took both the leader-, youth- and K.O.M. jersey. Jay Vine (Alpecin-Fenix) was second and Lucas Plapp (INEOS Grenadiers) was third.