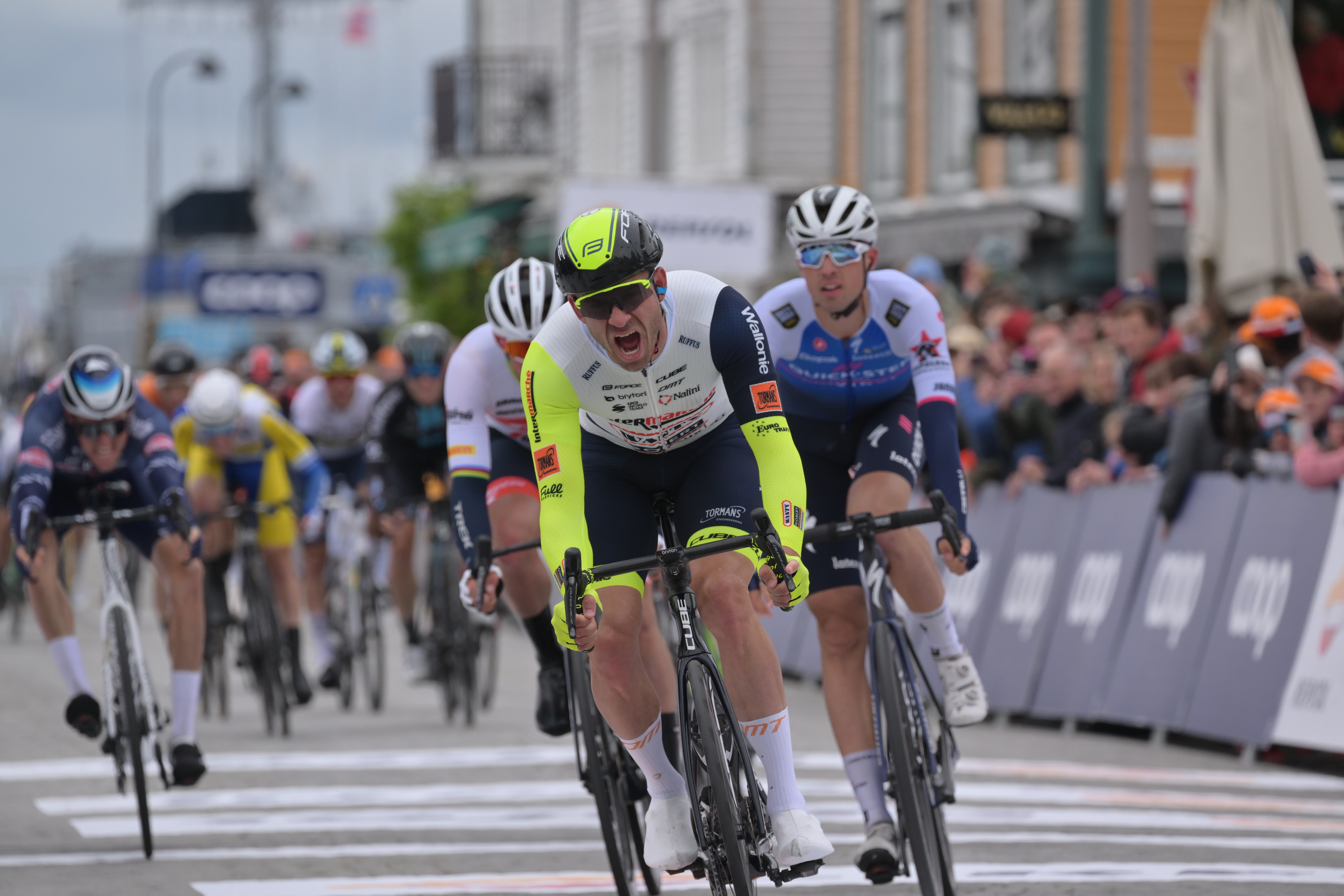 It was a tough start on the final stage of Tour of Norway 2022, where several riders wanted to be in the breakaway. Especially Team Coop, who was on home soil in Stavanger, was eager to get into the breakaway.  After 20 kilometers, a breakaway was established and had a gap on 2 minutes. The seven riders were Ben Healy (EF Education – Easypost), Corbin Strong (Israel – Premier Tech), Gianni Vermeersch (Alpecin-Fenix), Joel Nicolau (Caja Rural-Seguros RGA), Rhobbe Ghys (Sport Vlaanderen – Baloise), Joshua Gudnitz (Team Coloquick) and Louis Bendixen (Team Coop).

Joel Nicolau (Caja Rural - Seguros RGA) secured the overall win in the Spinn.no K.O.M. classification after crossing the line first on the climb in Undheim.

The Stavanger region is known for having lots of wind, and it seemed like the riders feared the crosswinds. There was high tension in the peloton in the crosswind at Jæren, which resulted in a big crash, where several riders hit the ground. Almost the whole Uno-X Pro Cycling Team was down, as well as Mads Pedersen (Trek-Segafredo) and Mike Teunissen (Jumbo-Visma).

Ineos Grenadiers and Quickstep Alpha Vinyl team had already pushed the pace before the crash and kept the pressure, which made huge gaps in the peloton.

Before entering the final laps in Stavanger, the peloton was once again back together, and the breakaway only had a gap on 1 minute. The peloton kept the breakaway in a short leash, and on the final passing of Grisabakken it was only Corbin Strong (Israel-Premier Tech) and Gianni Vermeersch (Alpecin-Fenix), which was left in the front.

Timo Roosen (Jumbo-Visma) made an attack in the downhill section from Grisabakken, and catched the two riders in front. The three riders was caught on the final kilometers, and the stage was set to be decided in a bunch sprint.